Custom Treatment Plans For Your Industry

What Makes Us So Stinkn’ Special?

What We've Been Up To

Tools & Resources For The Inquiring Mind

Take the Next Step

Get a FREE Quote Request a Call 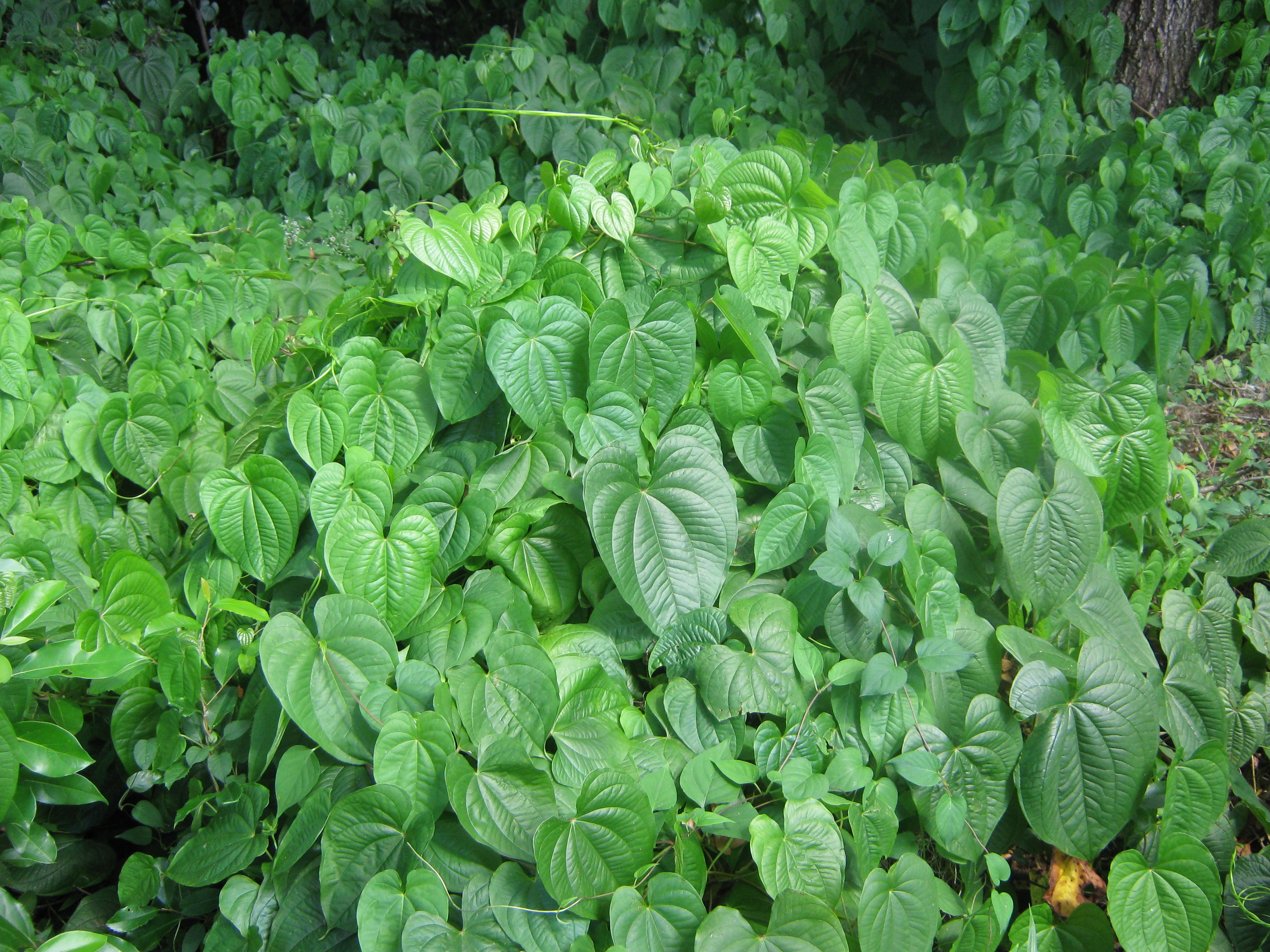 Dioscorea bulbifera, the air potato, a species of true yam is a perennial vine with broad leaves.  The plant forms bulbils in the leaf axils of the twining stems, and tubers beneath the ground. These tubers are like small, oblong potatoes. Some varieties are edible, however, uncultivated forms, such as those found growing wild in Florida, can be poisonous.

Air potato can grow extremely quickly, roughly 8 inches per day, and eventually reach over 60 feet long. It typically climbs to the tops of trees and has a tendency to take over native plants. New plants develop from bulbils that form on the plant, and these bulbils serve as a means of dispersal. The aerial stems of air potato die back in winter, but resprouting occurs from bulbils and underground tubers.

In some places, such as Florida, it is considered a noxious weed because of its quick-growing, large-leafed vine that spreads tenaciously and shades out any plants growing beneath it. The bulbils on the vines sprout and become new vines, twisting around each other to form a thick mat. If the plant is cut to the ground, the tubers can survive for extended periods and send up new shoots later.

The leaf beetle Lilioceris cheni has been studied and employed as an agent of biological pest control for the plant, with releases in 2012.


The Label is The Law: AAM’s Commitment to Safety and Environmental Protections


Lake McGarity in Deltona, Florida: A Service of Exceptional Quality


Lakefront Management Services at Lake Ariana: Before and After


by Telly Smith
More in the Blog

Is this plant my friend or foe?

Learn what makes AAM the exceptional company you will be happy to do business with.

What it means to you